I never understood the desire. At the time I first felt that drawing, I wasn’t even attending church.  To my knowledge, my mom was raised Catholic and then converted to Baptist at some point; there was limited spiritual development in either of my parent’s childhood homes.  My exposure to different denominations or even different churches were limited.  I had been to six churches in my life, and really only three types.  I had only lived in three towns at the time, and really had never traveled.   This deep, burning passion and desire in my heart didn’t make sense. 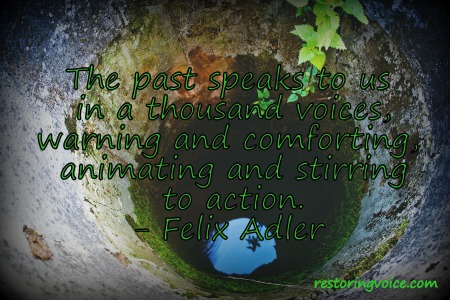 After the death of my mother, I learned from my siblings that my mother became a Christian after my birth.  I learned from my Auntie that her grandmother was the one that took them to the Catholic Church.    Just recently I learned that there are deep wells on my paternal side of the family.  Founders, church planters, pastors and preachers of Baptist, Pentecostal, Presbyterian, and Nazarene churches.  Family members that would do gospel sings in the community.

Genesis 26:18  And Isaac dug again the wells of water which they had dug in the days of Abraham his father, for the Philistines had stopped them up after the death of Abraham. He called them by the names which his father had called them.

I thought my parents had laid the foundation of my journey towards Christ.  However, it appears that deeper wells were dug, but over the years the enemy had stopped them up.  I only knew about the “black sheep” stories of my family, but there was a spiritual side that had been hidden by the enemy.

I don’t pretend to know that those wells hold, but discovering them has already been an interesting journey.  As I thanked God for letting me find these deep wells, I got a vision of the powerful prayers that have been prayed through the years in my family.  The legacy that laid a foundation for me to build upon.  And possibly there is more than just a foundation that was built, the structure is just waiting to be discovered.  Maybe I wasn’t left a big financial inheritance, but this spiritual one is already blessing me.  I am ready, like Isaac to dig the wells again and call them by the names my ancestors called them and begin to draw from those wells again.

I have been through a lot in life, but through Christ I am more than an overcomer. I am not perfect, I will never claim to be. Praise God I am forgiven though. I am rather opinionated. I see most things in black and white and believe honesty is always the best policy. This combination sometimes comes off harsh. The truth is I love people. I truly love helping others and try the believe the best about others. It is easy to find faults, but focusing on strengths is more my style, but I also shoot it straight. If it sounds harsh, know my heart is for something better for you
View all posts by Jackie S →
This entry was posted in Hope and tagged Dreams, Faith, Growth, prayer, promises, Purpose, Relationship, Scripture. Bookmark the permalink.