A few years back I found myself telling a story of my life, it was for a good cause.  I knew it was a story woven to raise money and that it could tug at the heart-strings of even Scrooge.  It was my story to tell, and could be tailored to whoever I was speaking .  I could engage them in a feeling for the moment that would cause them to get in to their  pocketbook, to advocate for the cause, or to volunteer their time.

I still remember that quiet whisper that it was time to stop.  I argued it away – literally.  Really, I was successful at what I was doing – connecting people not to me, but to the cause.  That is what I was hired to do.  To paint a vision and see people attach to it, not for a moment but for a continued purpose.  I poured my heart and soul into my work.  I believed in what I was saying and doing.  However, that whisper said my story was taking a lot of credit from the One whom it did belong.

When my role was taken away from me – I was for a moment destroyed.   I had laid my soul out for the world to see.  Suddenly, I found myself rejected.  The golden girl was quickly tossed aside.  I had spent myself and was found still wanting.  The first twenty-four hours following that weekend, I didn’t know that to do with myself.

I am no longer consumed by the event, it’s been almost three years.  I still wonder at times – Why?   I find myself guarded at even the mention of the name of some, but not all, of the individuals that were involved.  Others, even though I know their involvement, I want to see succeed in all they put their hands too.  Still others, I miss but know the relationship is not what I thought it was. 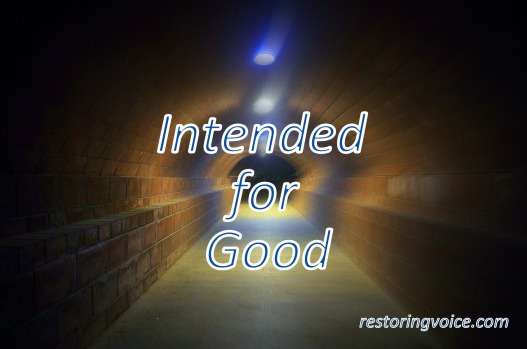 Even in the two months leading up to the actual event, I learned that there were areas in my life that I needed improvement.  I have not, nor will I ever claim to be perfect.  I try to learn something from every person I come in contact with, because God brought them into my life for a purpose.  Now though, I find myself  analyzing certain behaviors.  Even as simple as a deep sigh where I release the air into my bangs, a behavior so natural to me, I think of how that is perceived by those around me.  I am more careful in my tone and feedback.  I see areas for growth and pruning and I am working to allow God’s healing and timing in those changes.

I learned that as much as I want to analyze my actions and critique everything I did, a lot of the problem had nothing to do with me.  Dysfunction was there before I came, and as much as I worked to change it, dysfunction continued after I left.  I followed requests  to change something, and then learned they undid what they told me to do.  I realize that has little to do with my character and speaks a lot of theirs.  In addition, I can spin a story, but it will always have honesty and integrity to back it.  When I make a mistake, I have no problem taking responsibility for it.  Questioning my integrity, is questioning the very nature of who I am – it means they never knew me.

I learned that my inability to ask for help is one of my greatest weaknesses in leadership.  It doesn’t matter how competent I am, I can never do it all.  Surrounding myself with others with strong skill sets helps me very little if I don’t draw from their abilities.  I gleaned a lot from other’s knowledge, but I either was demanding of things my way, or I was unable to ask for the things I wanted and needed.  Neither worked in my favor.

I learned that despite my weaknesses, I am a strong vision castor.  As a leader, it was my job to connect others with the cause.  I created a clear vision; so many of the people I shared the vision with are still diligently serving and giving to make it happen.  I didn’t buy their loyalty to me, but to the cause that I was hired for – that is one of my strongest successes.

I learned that the deepest hurt wasn’t necessary about what was said or thought about me, but who had done it.  Initially it didn’t make sense, in the players of the event, the two I am most guarded about, I knew the least.  One I knew in name only, although I am sure our paths had crossed.  The other I had recruited to the cause shortly after our first encounter.  Who I thought they were, and then their actions is what cause the deepest hurt.  It opened old wounds of being hurt by another in a similar role – a wound that cut very deep; a relationship that was severed and impacted every area of my life including that of my children.

However, in looking back, it was the three months following that situation where my deepest growth began to take place.  I can say, beyond a shadow of a doubt that I wouldn’t trade the months that followed to take away that moment of feeling utterly destroyed.  The three months of solitude set me on a trajectory to step into where my heart was most passionate, my purpose, and what I feel is a God-given desire.  It would be a year and a half later before I was able to see that, but I see it clearly now.

It’s funny, the last speech that I gave for the cause I shared a scripture from one of my favorite stories :

Genesis 50:20 You intended to harm me, but God intended it all for good. He brought me to this position so I could save the lives of many people.

I was referencing all that the enemy did in my life to the point of that night as I gave the speech.  The enemy of my soul had tried to destroy me.  Yet God took all that had happened to me in my life and used it for His glory to help others – including the position from which I spoke that night.   I wonder, if maybe, it was a prophetic word into my own life.  Others sitting in the room that night were intending to harm me,  but God would use it all for good.  He brought me to that moment, and He brought me through that time and has given me a bigger platform to help people.  Maybe it was all intended for good!

I have been through a lot in life, but through Christ I am more than an overcomer. I am not perfect, I will never claim to be. Praise God I am forgiven though. I am rather opinionated. I see most things in black and white and believe honesty is always the best policy. This combination sometimes comes off harsh. The truth is I love people. I truly love helping others and try the believe the best about others. It is easy to find faults, but focusing on strengths is more my style, but I also shoot it straight. If it sounds harsh, know my heart is for something better for you
View all posts by Jackie S →
This entry was posted in Restoration and tagged Faith, Lessons, Purpose, Scripture, Testimony. Bookmark the permalink.