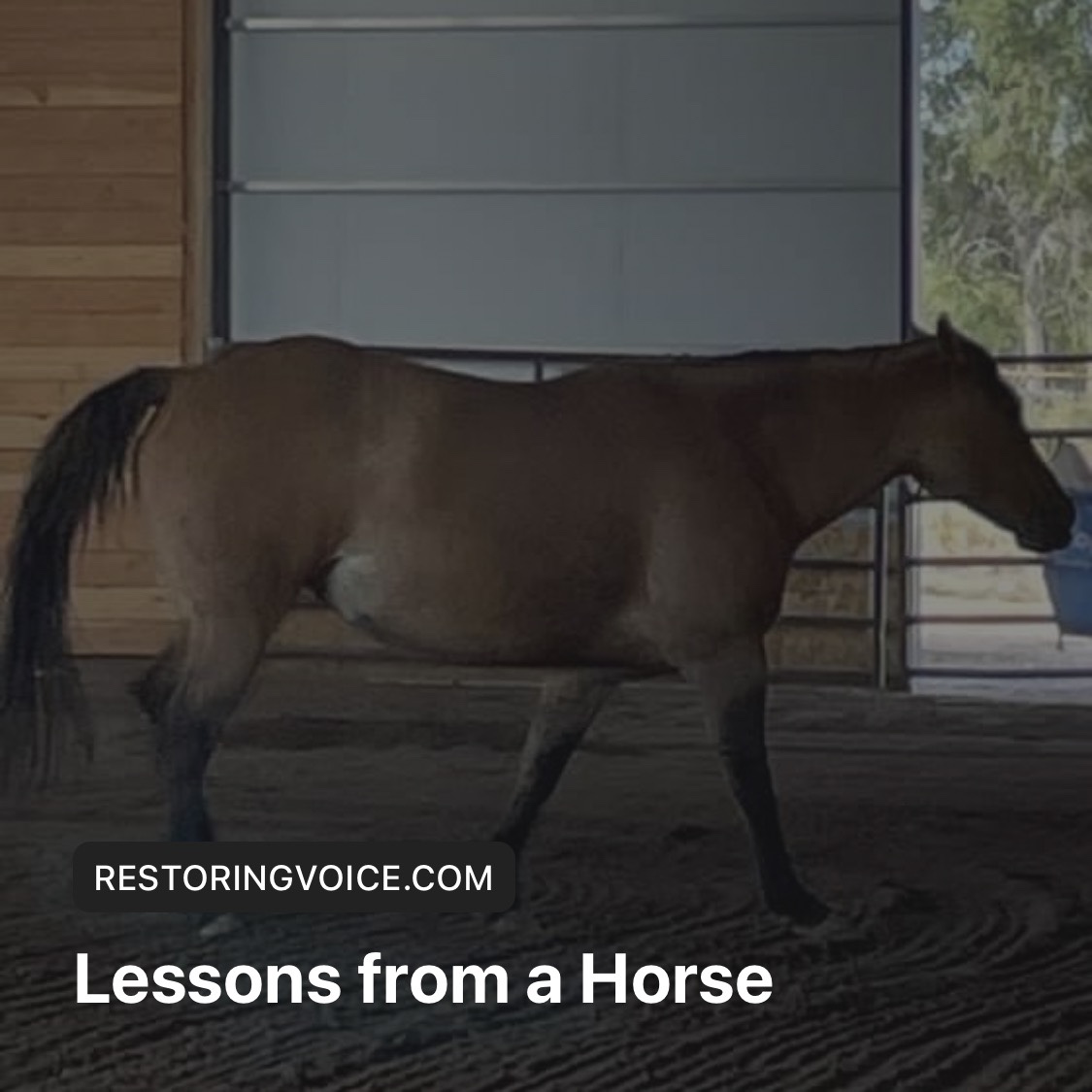 Jesus gave his command many times when he helps people. The Greek word Strong’s G4982 – sōzō for healed/whole/well is translated in other scriptures as saved. As I read the passage, my spirit resonated “stand up and go; your faith has saved you.”

I have been saved since I was eight years old. There have been times in my walk, where I have went for the Lord with everything. I know that can not always be sustained; we are called to rest also. Other times, and more often than I wish, I have stood in my own way of going where I know God has told me to go. I feel like recently God has been showing me that I am getting in my own way of His plans and purpose for me.

I spent three days at a certification training for Equine Assisted Philosophy in Colorado recently. My experiences with horses is at best novice. I had a grade school friend that rode professionally, and raised them as well. I have ridden horses on trails guided by someone else. So this was new, being up close and personal with multiple horses. I was surrounded also by facilitators, therapists, coaches and equine specialists.

I didn’t go for therapy, but to learn how to incorporate Equine Assisted Philosophy into my counseling practice. However, I volunteered as “a client” in role plays. Even in the role play, I learned so much about myself, without the processing that would have taken place if I was actually getting equine assisted therapy.

I was asked to do an exercise where a I stood still, and the horse would gallop around me in a circle. My instructions were to do the opposite of another exercise that someone else had demonstrated called a ground tie. Just before me, one of the equine specialists had successfully demonstrated the skill with ease.

I was not as skilled. My cohort after the fact talked about how they wanted to rescue me in the process. I was anxious even though I rarely feel anxious. The horse just kept pushing me around, as I held tightly to the rope I needed to release so he could have the room to run. I wasn’t willing to give up control. I was doing what I saw, but not able to carry it out like the previous person.

I knew the facilitators were hoping to use it as a teaching moment, but boundaries are something that I am big about. They were engrained in my life from a very early age. When they asked if the horse pushing me around reflected any other area of my life, I could honestly say “no”. I do not allow others to push me around. It only took one time for me to file for a divorce when my husband put his hands on me. I can stand alone if that is what it takes to maintain boundaries. So no, the horse pushing me around didn’t reflect something I was experiencing.

Yet, as I sat there (talking to horse), I saw myself in the horse. Sometimes my strong will and personality leave others feeling pushed around. It is not usually my intention, but I could see how my behaviors were reflective of the horse. He wasn’t intentionally pushing me around, but he was responding to me.

In the same exercise, I learned how I often get in my own way. When the facilitator stepped in, after I asked for help, they showed me how I was trying to control things, but instead I was causing the horse to push me around. I needed to let go of the rope so the horse could go out farther. Instead, I wanted to maintain the control and only had about 10 inches of rope let out between me and the horse, which is why he was pushing me around.

How many times, have I wanted to do what God is leading me to, but been unwilling to let go of control? I stand up, but I don’t go anywhere. Instead my desire for control, keeps me stagnated. I want His results, but my way. That isn’t how God works. I can not obtain something in the supernatural by natural means, if I could I would not need Him. it is only by Him, through Him and because of Him that I can do anything that He brings me to.

I also thought about how I was trying to follow what the first person did. My skills and talents are not the same as her skills. She is trained with horses. I am not. I am a therapist. She was not. Our abilities could complement each other, but I clearly could not do what she does. And she would not want to have my role.

Yet how often do I spend time trying to look like someone else in ministry. I want to pray like them, write like them, have their boldness or words of eloquence. Even though that is not who I am. It is not what God gifted me for. It is not who God made me to be. He designed me uniquely with the gifts and skills ai need to accomplish what He has called me to, I don’t need her skills to do my part for the Kingdom.

Once I got out of my way, and released control, the horse stopped pushing me around. It wasn’t about doing it like the other person, it was about being comfortable with my skill level and following the instructions I was given. The horse began to walk around me, and I was able to go with the flow of the horse. God did not save us to stay in the comfort of the four walls of the church. He saved us and said “stand up and go.” It is time we stop pushing others around or letting others push around. It is time we get out of our own way and give God complete control. It is time to stop trying to be someone else and stand and go where God tells us to go!

One thought on “Lessons from a horse”