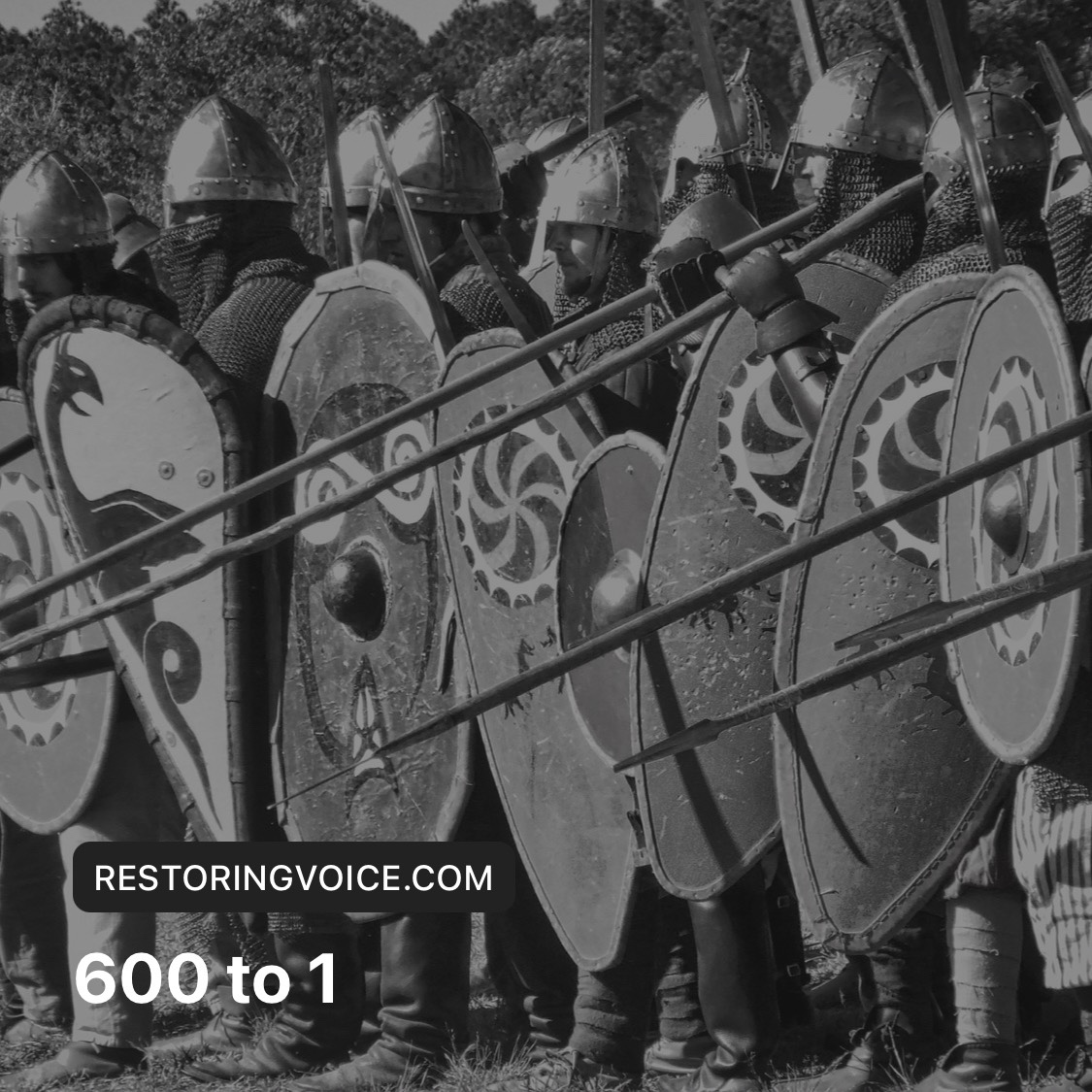 “Then the soldiers of the governor took Jesus into the governor’s headquarters, and they gathered the whole battalion before him.” Matthew‬ ‭27:27‬ ‭

The whole battalion, that’s about 600 men based on what I’ve read. I’ve always thought of events leading up to the cross as small and intimate, except the religious crowd. I never thought of there being a lot of soldiers, especially not 600 men.

Having been to what they believe is the governors headquarters, it seems even more of a big crowd. Six hundred men for an innocent man. Or was it for the crowd? It seems from the Scriptures, the battalion is there for Jesus.

Maybe it was more so that God could impact so many at once as they would witness at all. Still it would be definitely an overkill 600 men to one man. The Israelites took out armies with less soldiers than that. They must have been very concerned about his power.

Imagine if we realizes the power and authority that we have. His Spirit resides in us. Imagine the impact of 600 to 1 if His body took hold of all that Christ provided at the cross and empty grave.

Prayer – Lord, there are some things I don’t understand but I know there was a divine reason for 600 men soldiers to be there for Jesus’s sentencing.