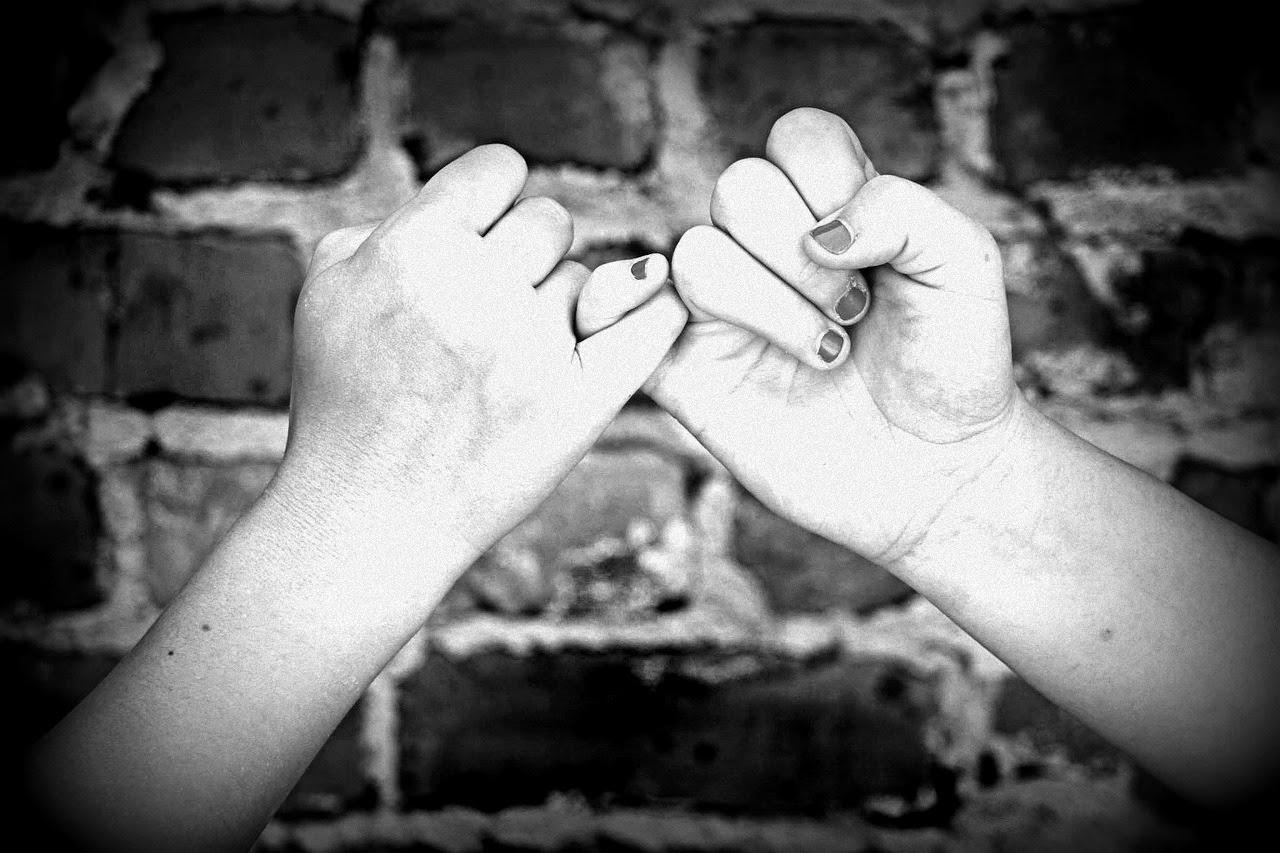 This week in Life Kid’s I was preparing to teach the kids about the friendship of Jonathan and David.  I know the story.  It is about their deep friendship, how Jonathan was Saul’s son and they became best friends.  How Jonathan helped David escape from death. And how when Jonathan died David mourned.   David then went and found Jonathan’s disabled son and provided for Him.  And yet this story that I have heard since childhood, provided a deep insight to me this time around.

Jonathan was by all earthly rights the prince of Israel.   He would be in line for the throne of King Saul upon his death.  Davis was a little Shepard boy, who tending sheep for his family, spending time with God out in the fields.  However, David was anointed by Samuel to be the next king of Israel.

The chapter before there was nothing that indicated that David and Jonathan even knew each other.  David came to provide food to his brothers, saw Goliath, and went up in the power of the Lord to face Goliath, defeating him in battle.  After which he was brought before King Saul, and Saul is like “who are you?”

I Samuel 18: 1-4  Now when he had finished speaking to Saul, the soul of Jonathan was knit to the soul of David, and Jonathan loved him as his own soul.  Saul took him that day, and would not let him go home to his father’s

house anymore.  Then Jonathan and David made a covenant, because he loved him as his own soul.  And Jonathan took off the robe that was on him and gave it to David, with his armor, even to his sword and his bow and his belt.

Their friendship was a work of God, and quickly tested.  When they returned back to the cities in Israel, the people were cheering and singing praise for David. This made Saul mad.

I Samuel 18:6-8  Now it had happened as they were coming home, when David was returning from the slaughter of the Philistine, that the women had come out of all the cities of Israel, singing and dancing, to meet King Saul, with tambourines, with joy, and with musical instruments.  So the women sang as they danced, and said:

“Saul has slain his thousands,
And David his ten thousands.”

King Saul was really mad.  Then his anger turned to fear.

I Samuel 18:11-15  And Saul cast the spear, for he said, “I will pin David to the wall!” But David escaped his presence twice. Now Saul was afraid of David, because the Lord was with him, but had departed from Saul.  Therefore Saul removed him from his presence, and made him his captain over a thousand; and he went out and came in before the people.  And David behaved wisely in all his ways, and the Lord was with him.  Therefore, when Saul saw that he behaved very wisely, he was afraid of him.

David marries in to the family, part of the promise for killing Goliath.  Over the next chapter and a half David, Jonathan and Saul engage in this is scenario where King Saul is angry.  Jonathan talks up his friend, aka now brother-in-law to King Saul.  Jonathan gets David in good graces with King Saul.  David comes around, with the favor of God and the people all over him, and then King Saul gets mad again.
I Samuel Chapter 20, is a full test of their friendship as King Saul makes it clear that he does not like David.  David and Jonathan had sworn loyalty to each other.  And Jonathan being the loyal friend, betrayed his father to protect David.  This further enraged King Saul who made it his mission to kill David.

There are so many lessons in friendship here.

1) Loyalty is important.  Jonathan was a loyal friend.  He stood up for his friend, not just to his father, but the King.  David had done nothing but be obedient to God and to King Saul.  Jonathan wasn’t disrespectful.  He was just loyal.  The promise he made, was thicker than the blood in his veins.

I Samuel 19:4-5 Thus Jonathan spoke well of David to Saul his father, and said to him, “Let not the king sin against his servant, against David, because he has not sinned against you, and because his works have been very good toward you. For he took his life in his hands and killed the Philistine, and the Lord brought about a great deliverance for all Israel. You saw it and rejoiced. Why then will you sin against innocent blood, to kill David without a cause?”

2) Friendship is giving.  Jonathan had to have a deep reverence for God to be able to set aside his earthly right for his friend’s God-given call.  He wasn’t giving up his favorite shirt, he was giving up the throne.  Knowing his friend would take his place, he still protected David.
I Samuel 23:16-18 Then Jonathan, Saul’s son, arose and went to David in the woods and strengthened his hand in God.  And he said to him, “Do not fear, for the hand of Saul my father shall not find you. You shall be king over Israel, and I shall be next to you. Even my father Saul knows that.” So the two of them made a covenant before the Lord. And David stayed in the woods, and Jonathan went to his own house.

3) Friendship surpasses death. David remained loyal to Jonathan even in death, even after taking his place as King.  His promise to Jonathan remained.

II Samuel 9:6-7 Now when Mephibosheth the son of Jonathan, the son of Saul, had come to David, he fell on his face and prostrated himself. Then David said, “Mephibosheth?”And he answered, “Here is your servant!”

So David said to him, “Do not fear, for I will surely show you kindness for Jonathan your father’s sake, and will restore to you all the land of Saul your grandfather; and you shall eat bread at my table continually.”

4) Distance and trouble doesn’t keep friends from looking out for each other.  They stuck beside each other, even when things were tough.  Even when they were not physically together they were seeking the other’s best interests.

I am distressed for you, my brother Jonathan;
You have been very pleasant to me;
Your love to me was wonderful,
Surpassing the love of women.