A Change in Leaders

If you fear the Lord and serve Him and obey His voice, and do not rebel against the commandment of the Lord, then both you and the king who reigns over you will continue following the Lord your God.1 Samuel 12:14

I read this verse and what stuck out to me is the writer was talking to a specific person or group of people about fearing God, serving God, obeying and not rebelling. But the promise that comes with it, is not just for the audience, it is for the ruler over the audience too.

I immediately turned my attention to “the king who reigns over you will continue following the Lord your God.” Speaking only for myself, I want leaders over me that are following God. I pray on a regular basis for God to lead, guide, direct and give wisdom to those in authority over me. This verse, in the first part says what I must do for the second part, which is what I want, to happen. 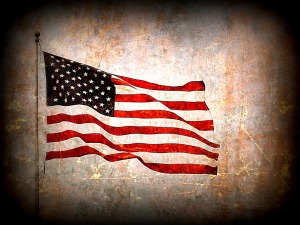 I believe that a lot needs to change in our great country, but I know that it must be done God’s way to bring about lasting change. I believe that there must be accountability in our leadership, but I also know ultimately they will answer to God for their actions. I believe in grass-roots change and advocacy, but just like in Daniel 1:8-19 and Daniel 3:16-30, it must be done respectfully, honoring the position even when disobedience to the decree is needed.

God’s Word is unchanging. It it was true then, it is still true now. If God required fearing Him, serving Him, obeying Him and not rebelling against His command then – it is no wonder that our nation is in the state it is in. Our nation’s actions are not fearful of God, they are fearful of public opinion. Although service is increasing, one has to question if it is self-motivated service, not God driven service. Obedience has been out the door for a long time as the nation rebels against every one of the ten commandments – working on the Sabbath, lying to get ahead, abortion, adultery as prime time TV, and keeping up with the Jones’ to name a few.

So it is time for a change in our county leaders, election is next year. Let’s try it God’s way. Lets spend the next months in preparation for the election with a reverent fear of God, serving one another to bring Him glory, being obedient to Him and not rebelling against His commands. That is how we will get a leader that is really following the Lord our God.

I have been through a lot in life, but through Christ I am more than an overcomer. I am not perfect, I will never claim to be. Praise God I am forgiven though. I am rather opinionated. I see most things in black and white and believe honesty is always the best policy. This combination sometimes comes off harsh. The truth is I love people. I truly love helping others and try the believe the best about others. It is easy to find faults, but focusing on strengths is more my style, but I also shoot it straight. If it sounds harsh, know my heart is for something better for you
View all posts by Jackie S →
This entry was posted in Musings and tagged healing, Obedience, prayer, Scripture. Bookmark the permalink.